The Holiday That Went Wrong

It was winter and the weather was freezing cold. The snow did not seem to ever stop falling down from the dark sky. But that was ok. This moment was unbelievable. Unbelievable, because no one would ever believe him if he told them that he was sitting on the rooftop of the Moscow Kremlin smoking weed with two KGB agents.

“Do you want a cup of coffee?” David Morey is smiling from his kitchen with two coffee cups in his hands. He seems like a normal 60-year-old, he got his own orchid garden and a beach view from his balcony. But David is far from what you will characterize as plain and ordinary. He is Australian born, but he grew up in Santiago in Chile, and after living both here and there in the world, he has now lived in Townsville for the last six years. A year ago he started his master degree in geology at James Cook University, but in his bedroom closet he has a hidden collection of old treassures that can tell some wild stories about his past.

“I am so sorry,” he says after a big yawn. “I went out last night and it got too late, I am quite hungover today.” He turns on the water kettle and leaves the room. When he comes back, he is carrying a huge plastic bag, which he empties on the kitchen table. “There are under a dozen people I have showed this to. It is a part of my life I do not talk much about”. 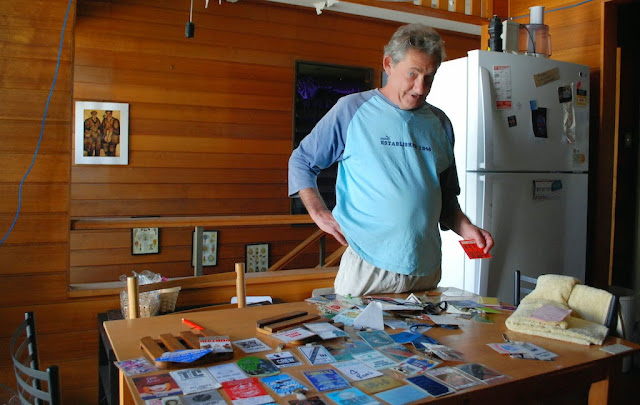 At least a couple hundred backstage passes and key cards from different music tours and concerts in Europe are spread all over the table. Names of bands and artists like Whitesnake, Pixies, Ozzy Osbourne, Björk and Cliff Richard are printed on a bunch of them. “One day I am going to put them out on Ebay, or something. I think I could get good money for them”. David smiles and keep going through the pile of cards until he finds the backstage pass he was looking for. It is from the Nevermind tour with Nirvana in 1991. 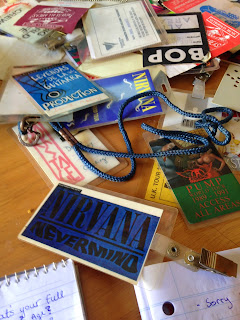 For 15 years he worked as a tour manager and promoter in the music industry and owned a production company in London. He dated Björk, hung out with Kurt Cobain at his last weeks, and went from concert to concert and from tour to tour. “We traveled around the world with lots of indie bands for a long time, like Teenage Fanclub and Nirvana. Nirvana was really small back then. It was a funny time.”